Transgender Servicemembers: What We Know

Nearly a week ago, President Trump made a surprising policy announcement via Twitter about transgender servicemembers and prospective military recruits. On Wednesday, July 26th he wrote:

(1) “After consultation with my Generals and military experts, please be advised that the United States Government will not accept or allow……”, (2) “….Transgender individuals to serve in any capacity in the U.S. Military. Our military must be focused on decisive and overwhelming…..”, (3) “….victory and cannot be burdened with the tremendous medical costs and disruption that transgender in the military would entail. Thank you”

This came as a shock to the military community and the nation as transgender servicemembers have been allowed to serve openly in the U.S. military since June 30, 2016. Even after the repeal of Don’t Ask, Don’t Tell (DADT) transgender people were previously banned from military service until Secretary of Defense Ash Carter lifted this restriction. The Department of Defense began a twelve-month implementation process that was supposed to end on July 1, 2017. One month ago, current Secretary of Defense Jim Mattis granted a six-month extension for the service branches to determine whether the military would allow individuals identifying as transgender to join the military (i.e. what the policy should be for recruits). The House of Representatives also recently voted down a bill that would have barred the military from covering transition-related care for transgender troops.

The Department of Defense Transgender Policy webpage covers information about the current policies in place, the timeline for implementation, and a fact sheet for quick reference. There are also other important implementation resources, including the commander’s handbook, memo guiding the treatment of gender dysphoria, and the memo summarizing the policy change effective June 30, 2016.

Servicemembers have already received training on the new transgender policies, some examples can be seen here (PPT), here (PPT), or here (YouTube).

The 2016 RAND report “Assessing the Implications of Allowing Transgender Personnel to Serve Openly” estimated there are around 2,450 transgender personnel in the active component and 1,510 in the Selected Reserve. These are the mid-range estimates, but they also predict these numbers could be lower or higher. At the upper end they estimate 6,630 transgender troops in the active component and 4,160 in the Selected Reserve. The RAND report is the most up-to-date report about the impact of open service for military members who identify as transgender. The report covers other topics, including: the health care needs and costs for the transgender population, the impact on readiness, and the experiences of foreign militaries that allow transgender personnel to serve openly. If you don’t have time to read the full report, I suggest checking out this research brief that covers six key policy questions answered by their research–it’s a must-read.

The Williams Institute at the UCLA School of Law released a report in May 2014 estimating the number of active-duty, guard and reserve transgender personnel at 15,500. They also estimated the size of the transgender veteran community to be around 135,000. During media and twitter discussions this past week, many members of the media and advocates were using the 15,000 number in their discussions of the potential policy change.

The Palm Center is an independent research institute out of the University of California, Santa Barbara that specializes in the areas of gender, sexuality, and the military. Their March 2014 report contains discussion of population demographics, regulations (before the ban was lifted), and covers the medical aspects of transgender military service including issues of deployability and adaptability. They cite the estimates from the Williams Institute report, that there are around 15,000 currently serving transgender military members. Their report ends with policy recommendations, including lifting the ban (pre-2016), no major revisions of medical regulations, and following the lead of foreign militaries to develop administrative guidance during this process.

Over the past couple years social scientists have begun to research the transgender military population–a difficult task before their open service was allowed. These studies are a starting point, but more research (as always) is needed.

In this study, Parco et al. (2014) interview fourteen U.S. servicemembers who clandestinely identify as transgender or transsexual. They reveal the experiences of servicemembers through firsthand accounts on a number of different issues, including: pronoun usage, dress and personal appearance, clarity of identity, double standards, performance, relationships, and hormone usage. They found the servicemembers who participated in their study “expressed a strong sense of seclusion and disconnectedness that would not be expected from a member of the US military” (237).

Purple in a Black and White World: Self-Determination Theory and Transgender Military Service

Elders et al. (2014) set out to “asses whether US military policies that ban transgender service members are based on medically sound rationales” (199). They reviewed and analyzed Department of Defense regulations and other medical data which led to them conclude that there are no compelling medical reasons to ban the service of transgender personnel. Ultimately they argue that the “removal of the military’s ban on transgender service would improve health outcomes, enable commanders to better care for their troops, and reflect the military’s commitment to providing outstanding medical care for all military personnel” (199).

Ender et al. (2015) surveyed civilian undergraduates, military academy students, and Reserve Officers’ Training Corps (ROTC) students about their attitudes towards transgender people in three contexts: in general, in the workplace, and in the military. They explore the relationship between gender identity tolerance and military affiliation, race/ethnicity, sex, religious affiliation, and political leaning. They found that military academy and ROTC cadets are least tolerant of transgender people in the military and in society in general. However this is explained more by context, sex, political and religious beliefs than their military affiliation.

Gender Identity in the Canadian Forces: A Review of Possible Impacts on Operational Effectiveness

Okros and Scott (2014) look to the Canadian Forces (CF) to examine whether policies that allow transgender troops to serve openly have impacted force effectiveness. The Canadian Forces lifted their transgender ban in 1992 and then adopted a more inclusive policy in 2010 and 2012. The authors find that “despite ongoing prejudice and incomplete policy formation and implementation” allowing transgender servicemembers to be open about their gender identity has not harmed the effectiveness of the CF (243).

The Transgender Military Experience: Their Battle for Workplace Rights

Dietert and Dentice (2015) interviewed nine U.S. servicemembers and two international servicemembers who identify as transgender to understand the experiences of those who are currently serving. Their interviews focused on the overall experiences of their participants including workplace discrimination, suggestions for policy changes, and their view on the roll back of the Don’t Ask, Don’t Tell policy.

Harrison-Quintana and Herman use the National Transgender Discrimination Survey (NTDS) to study military and veterans who identify as transgender. They find that transgender Americans serve at twice the rate of the general U.S. population, 20 percent of the NTDS respondents having service in the military. They find that military-connected respondents reported issues in obtaining corrected identity documents, accessing military health care, and experiences with discrimination. They also found that transgender veterans face challenges with high rates of family rejection and homelessness.

This study reviews the charts of 70 U.S. military veterans who were evaluated for gender identity disorder (GID) by the second author over a twenty year period (1987 to 2007). Some were evaluated while they were on active-duty in various branches of the U.S. military. McDuffie and Brown (2010) found that some veterans joined the military “in an attempt to purge their transgender feelings, believing the military environment would ‘make men’ of them.” More than half the veterans in the study received health care from veteran affairs medical centers. 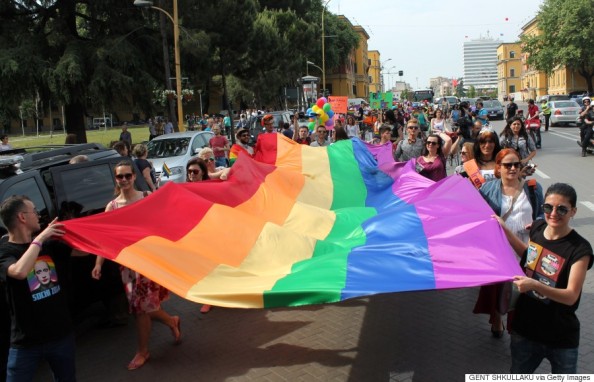 Stories of Transgender Military and Veterans Featured in the Media

If you’re interested in hearing from transgender servicemembers and veterans who have shared their stories with the media, I recommend the following articles/features:

The GQ story about Kristin Beck, a Navy SEAL who transitioned after her time in the military. You can also check out the film Lady of Valor: The Kristin Beck Story. You can also find her book Warrior Princess: A U.S. Navy Seal’s Journey to Coming Out Transgender.

A recent interview with Shane Ortega, an Army and Marine corps veteran who transitioned in 2009 while he was on active-duty, responding to last week’s news. It is also worth noting the 2015 Washington Post article featured his experiences as an openly transgender servicemember before the ban was lifted. You can learn more about Shane on his personal website.

A new New York Times op-ed penned by Jennifer Sims, an Army Captain and a transgender woman, who has served in the military for six years.

A compilation from TIME magazine of transgender servicemembers reacting to Trump’s statement of a military ban on Twitter.

Staff Sgt. Logan Ireland was interviewed for an Air Force Times article, an article that quickly floated around twitter on Wednesday in response to Trump’s tweets.

A Vice News article that interviews several transgender servicemembers and veterans about their reactions to the potential new policy change and their experiences in the military.

An interesting Huffington Post article and interview with Monica Helms, a Navy veteran who created the transgender flag.

I hope that this round-up was helpful, and I am sure we will see the amount of research and information on transgender servicemembers grow over the next five years. If you have other research or media stories that you feel should be highlighted, please share them in the comments section below.

Tags: Media, Research, Social Media, Transgender
← Is there a Military Spouse Hiring Penalty?
Why #metoo won’t be a watershed moment for the military →